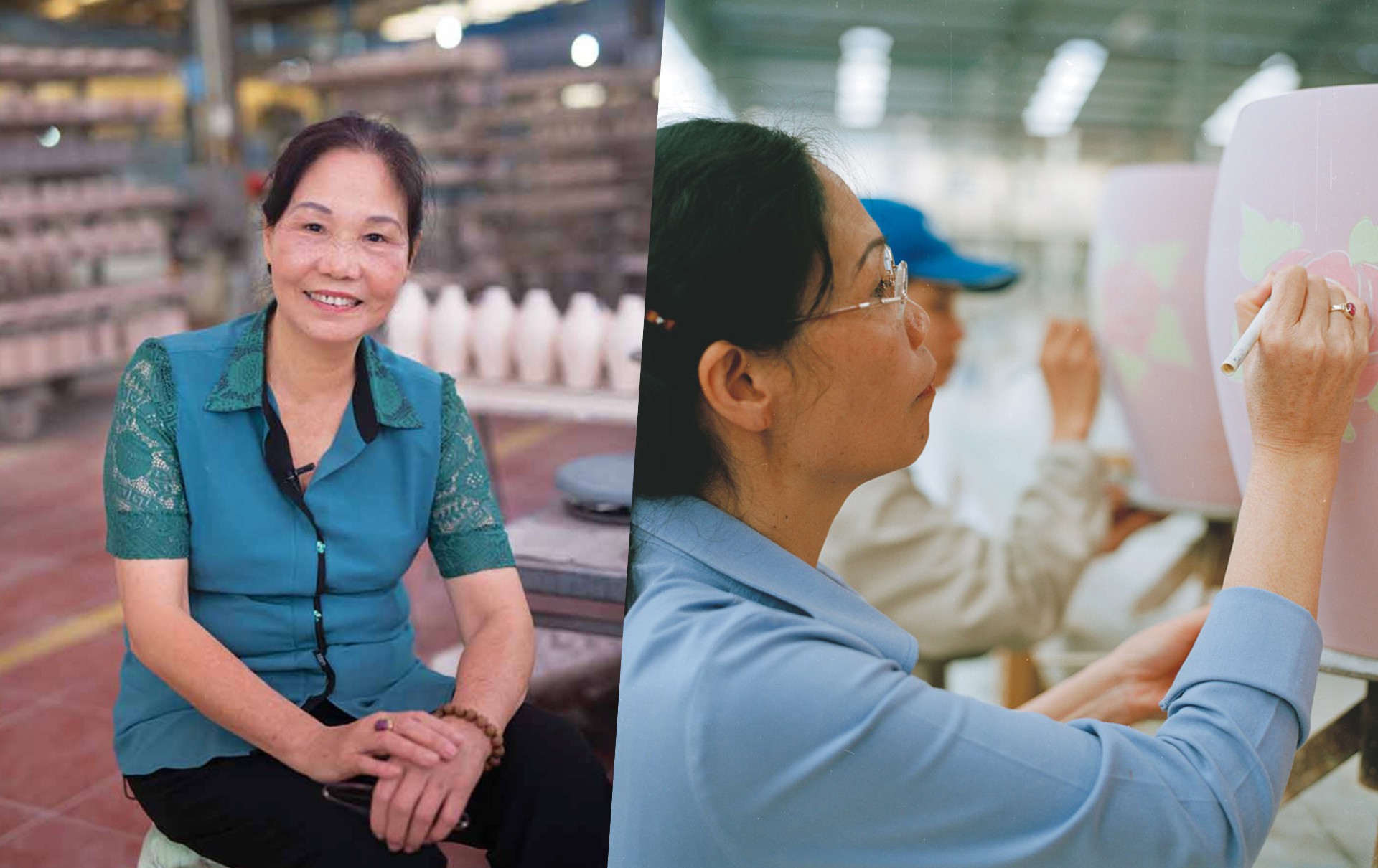 Among the 30 units producing and trading ceramics in Bat Trang, the most famous is probably Quang Vinh Ceramic Co., Ltd, managed by Mrs. Ha Thi Vinh.

Mrs. Vinh was luckily born and grew up in Bat Trang village where she naturally acquired the knowledge, traditional experience and techniques of ceramic production. In 1989, she created a ceramic workshop where 10 people were working to produce for export companies. Parallel to that, she started to learn about international business. And in 1994, in the new context of market oriented economy, she decided to create the Quang Vinh Ceramic Co., Ltd for the purpose of exporting products.

Adding to their knowledge and experience, Mrs. Vinh and her colleagues studied and analyzed the tastes of foreign customers to work out a successful products development strategy. It was decided that Quang Vinh's products would maintain the traditional character of Bat Trang, but also develop the distinctive style that was going to become very appreciated by customers. The passion to discover and learn, as well as the ability to quickly implement advanced technology is some of the strong practices of Mrs. Vinh's management. In order to face the fierce competition, especially with products from China, Thailand, and Indonesia, Mrs. Vinh has invested a remarkable amount in investigating the markets. She participated in many exhibitions in the US, Japan, Germany, Denmark, Korea, etc, and set up a website for the promotion of her company's products.

Mrs. Vinh has also paid great attention to the subject of human resource development. In order to enhance the capacity and competence of her company, she has sent her personnel to learn about production techniques and business management skills in China and in England.

After overcoming some obstacles during its birth stage, Quang Vinh Ceramic Co. has rapidly developed and its turnover steadily improved. In 1995, it amounted for 624 million dong, of which exports represented 94%. In 2002, the figure reached VND 7,400 million. There are today 250 people working at Quang Vinh Ceramic Co., 70% of which are women. The company has also established a strong customers network all around the world.

Quang Vinh production scale regularly expands thanks to the support and loyalty of its customers. The company has invested dozens of billions in a modem production line, and built one factory in Quang Ninh provinces, providing work and stable income to more than 200 workers.

Mrs. Vinh has been able to combine the main ingredients needed for the success of a company: an unweaving passion for her work, the willingness to keep up with new technologies, and good customers service. The quality of "Bat Trang people" are deeply in her heart. It is not only visible in her busy outlook, but also through her passion for the work she is carrying out. She is a typical example among Hanoi women.